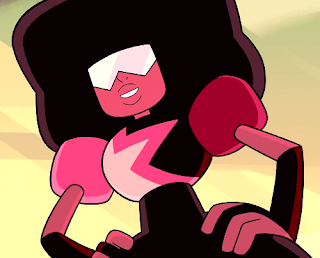 Warning, major spoilers for Steven Universe if you're not up to date yet!

Garnet is one of the heroes of the television show Steven Universe. She's the coolest space rock about and a firm friend and protector of Steven... or is she? Can we really be sure that Garnet is actually Garnet?

Season one was littered with lots of clues that Garnet was actually a fusion, two beings combined into one. This was confirmed in the season one finale 'Jailbreak'. Season two looks to be following a similar trail of earth-shattering clues about Garnet, namely that Garnet was replaced by a spy at the end of season one. There is plenty of evidence to suggest this is the case: 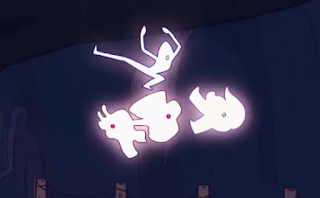 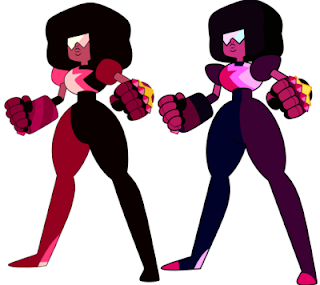 As can be seen, there is a lot of compelling evidence that Garnet was replaced by a Homeworld agent at the end of season one. What are her true plans towards Steven? Will he wake up one day to a gauntlet in the brain? Or is Yellow Diamond's plan even more sinister?
Posted by Tinfoil Fan Theories at 03:50