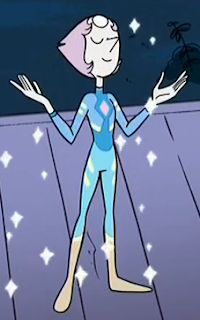 Steven Universe is a show with many subtle secrets hidden within it. Fans have spent months picking through episodes and finding what appeared to be animation errors actually being subtle clues to upcoming episodes. One big theory is that one of the main characters isn't what they appear to be and is secretly a diamond.


There is actually a lot of convincing evidence as to why Pearl might in fact be White Diamond: 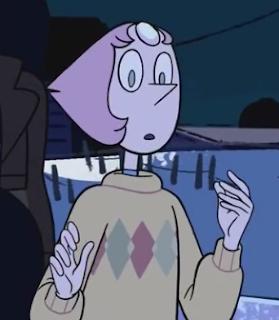 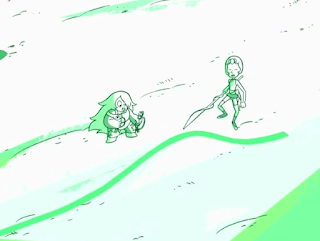 So it's certainly probable that Pearl is actually White Diamond, not a pearl. But what does Pearl being a diamond mean to the show? Could she have disguised herself as Pearl in order to get closer to Rose, her true love? Or is there a more sinister reason?

Could Pearl have infiltrated Rose's resistance group for evil purposes? Could she have set Rose's group against Homeworld in an attempt to cause a civil war that she would be the final victor of? 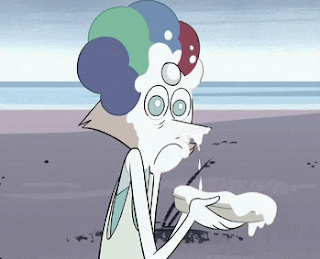 Consider: Steven has been put in danger more times by Pearl, not by any other monsters or Gems. As he has the Rose Quartz gem, Steven is Pearl's biggest rival. This is why she attempts to blow him up in 'Space Race' and let him tumble to his doom in 'Rose's Scabbard'. In 'So Many Birthdays' on learning that Steven is dying as he is too depressed, Pearl instantly becomes a depressing clown in an attempt to make him even sadder, stopped only when the other Gems explicitly accuse her of trying to murder Steven. Remember, the only evidence that Pearl actually cares about Steven's wellbeing is in 'Say Uncle', and that episode is 100% non-canon.

Can it be any coincidence that Pearl attempted to flee Earth just as Lapis made it off-planet? Was Pearl planning on rejoining her Diamond Authority cronies for the final war on Earth?

Posted by Tinfoil Fan Theories at 14:21