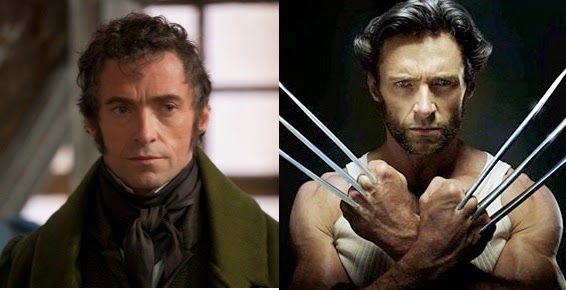 The Marvel cinematic universe has many films in it, with fans desperate to keep up to date with all the visual delight that Marvel has to offer... but there is one film that may have passed all but the die-hards by!

You see, Les Miserables is not just set in the Marvel universe, but features several characters both familiar and new who will factor in to future Marvel films.

Les Miserables tells the story of a man who calls himself Jean Valjean and his adventures in 19th century revolutionary Paris as he is pursued relentlessly by a man called Javert who knows his secret. One of the most obvious links with Marvel is that the character of Jean Valjean is clearly Wolverine. This can be seen in several ways:


The links to Marvel go even deeper, for throughout the film Wolverine is relentlessly pursued by the one man who knows his secret, a man who calls himself 'Inspector Jarvert' but is in fact the extra-terrestrial known as 'Gladiator'. Gladiator is a Marvel cosmic character, agent of the Shi'ar Empire (long standing X-Men enemies), with Superman-like powers.

As we have seen then, Les Miserables is clearly another exciting chapter in the Marvel universe. The question may arise as to why everyone in the film communicates in song, however this may be due to the influence of an alien such as Mojo who would find much entertainment in forcing the world to sing. As we have seen in future films, this effect is no longer in place in the 20th century.