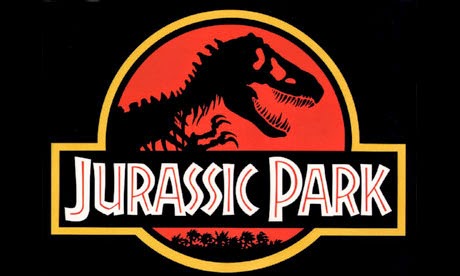 Billionaire John Hammond created a marvel with his brainchild of a dinosaur-themed park that featured real dinosaurs. Jurassic Park was to be the greatest family day out ever, but this soon turned to tragedy when the dinosaurs escaped and murdered everyone. There's just one problem with this synopsis: There were no dinosaurs in Jurassic Park.

Dinosaurs died out 64 million years ago, which is a pretty long time. The only way to get an entire amusement park full of dinosaurs is via genetics. However, genetic engineering is incredibly difficult, and a process still in its infancy. In the novel, Hammond produced a miniature elephant as proof of his scientific advancements, however the elephant did not act correctly. If science cannot even clone a miniature elephant correctly, how could it hope to bring back dinosaurs from the dead?

Hammond claimed that his team was able to extract DNA from mosquitos trapped in amber, and filled in any remaining gaps with amphibian DNA. The half-life of DNA is just 521 though, hardly the 64 million years required to get dinosaur DNA! There would be nothing left to work with. Even if DNA could be salvaged, the work and time taken to get a full-sized bestiary of dinosaurs would be decades at least, unless Hammond also discovered a way to magically grow adult T-Rexes. It just won't work.

But Hammond invested billions in Jurassic Park. He wants an amusement park with dinosaurs and he's going to get one, by golly!

If dinosaurs cannot be grown, then they can be built. Jurassic Park is in fact a giant confidence trick, full of animatronic dinosaurs designed to replicate real ones in every way and save Hammond's reputation and fortune.

From a distance, the dinosaurs in Jurassic Park look the part. They are majestic and elegant... yet whenever we see them up close they seem far stiffer, robotic in nature. This is because all the dinosaurs in the park are complex pieces of machinery.

All the dinosaurs look like the average person of the early 90s would expect a dinosaur to look like, yet science has shown that dinosaurs are probably feathered, with bright colours. Had Hammond genuinely created dinosaurs from real DNA, this would be apparent, but instead he has built artificial robot dinosaurs designed to look how people expect dinosaurs to look. Tellingly, the velociraptors are completely wrong, being vastly oversized. This is because a velociraptor which is the correct size would not be able to contain all the complex gears and pistons that these animatronics require.

This also explains why Hammond was so keen to invite palaeontologist Alan Grant. Grant was there to give credence to the park as a figure of authority, but at the same time Hammond would not allow him off the regulated tour path, where dinosaurs could only be glimpsed through cages and undergrowth.

So why do the dinosaurs rebel? The answer is obvious: the computer virus that shuts down the park temporarily causes the robotic dinosaurs to malfunction and attack the humans. It is a familiar theme in the works of writer Michael Crichton, who also wrote Westworld which has an identical plot. 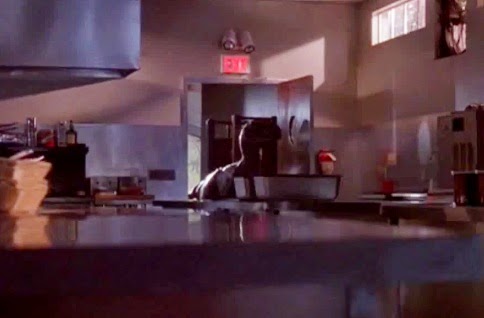 There is a darker twist to this tale though: in the scene where the robotic velociraptor attacks the children in the kitchen, we can clearly see a hand reach out to steady it. Obviously any such park would need machine operators, and in the case of Jurassic Park, these operators would have had to be hidden away and unable to put it on their CV. Perhaps as a result of this, or some sort of union dispute, the dinosaur operators went rogue, joining their machines on a rampage of terror and destruction.
Posted by Tinfoil Fan Theories at 01:00