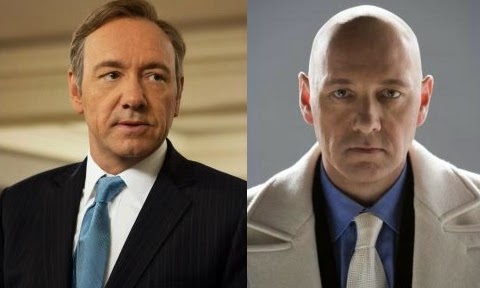 An evil, power-obsessed man who wants only wealth and control of the world, not caring who he manipulates. Is this man Frank Underwood or he is Lex Luthor... or he is both?

The links between both characters run more than skin-deep. There is a whole network of evidence that builds up a tantalising picture: Frank Underwood is literally Lex Luthor in disguise.


Frank Underwood's past is shrouded in mystery. This is because he has no past: he is secretly Lex Luthor who has taken on this role in order to seize power as President. And he has succeeded. Perhaps season 4 of House of Cards will see a certain newspaper reporter taking on this new President...