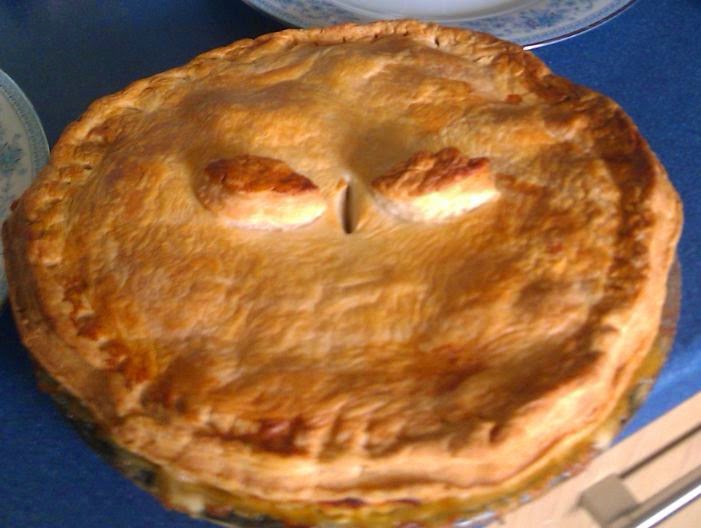 One of the more outlandish Game of Thrones theories relates to events in 'A Dance With Dragons' where Lord Manderly is accused by fans of having killed three of the Freys and baked them into pies. There is however, far more evidence to suggest that Lord Manderly just really, really likes pie.

Lord Manderly is a gigantic, obese man. George RR Martin's description of him is more consistent of a man who enjoys pies rather than a man who is concerned with murder.

Yes, Lord Manderly tells Davos that he means to have the three Freys murdered, but he does not state he will cook them into pies. Why would he lie about that after telling Davos of his murderous intent? Instead he simply announces that he will give the Freys a delightful gift. As the man who saved Davos' life, we know that Manderly is a generous man.

"The best pie you have ever tasted, my lords. Wash it down with Arbor gold and savor every bite. I know I shall."

Lord Manderly personally cuts portions of pie for the Boltons and Freys and is very, very keen that they eat it up. This proves that Lord Manderly fixates on pie a lot, and wants everyone else to share his love of pie.

At the feast, he asks the bard to sing a song about the Rat Cook. This is a song about a cook who bakes a pie for a king, showing how much Lord Manderly enjoys pies.

There is no evidence that Lord Manderly killed the Freys and baked them into pies. It is far more likely that he is a big fat man who is obsessed with pie, and spends every waking moment thinking about pie. He loves pie so much that he will even happily give his most hated enemies pies. All are united under the delicious pie.
Posted by Tinfoil Fan Theories at 01:00