[Doctor Who] The TARDIS doesn't move in time or space 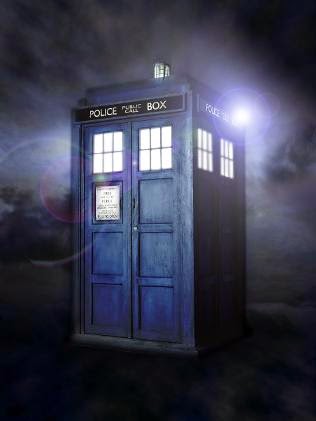 The TARDIS is a miraculous piece of technology that can take the Doctor anywhere in time and space. It is bigger on the inside than the outside, and it is disguised as a humble London police box. The Doctor has travelled from the start of time to the end, and gone to places as far apart as ancient Rome and the majestic alien world of Karfel.

Can the TARDIS really move anywhere in time and space? There is actually more evidence that it doesn’t.

If we look at the extended canon of the novels, Time Lord society was built by three individuals: Rassilon, Omega and a shadowy figure called 'The Other'. The book 'Lungbarrow' which was based on an unmade television episode reveals that the Doctor is a reincarnation of the Other and as such is a major player in Time Lord society. It stands to reason that his TARDIS is far, far more important than other Time Lords'.

In 'The Pandorica Opens', the destruction of the TARDIS directly causes the annihilation of all of time and space and the total collapse of the universe. This is very strange though, as clearly many TARDISes were destroyed in the Time War. If destroying a TARDIS is such an apocalyptic event, how come the universe didn't end sooner - it defies belief that this is the first time a TARDIS has ever been destroyed!

So why is it so different? The answer can be found in the episode 'Family of Blood', where the character Tim speaks of the Doctor, having seen into his very soul using the fob watch:

"He's ancient and forever. He burns at the centre of time and can see the turn of the universe."

He "burns at the centre of time". What could this possibly mean? When we match this up with the above clues, the answer becomes obvious:

Email ThisBlogThis!Share to TwitterShare to FacebookShare to Pinterest
Labels: Doctor Who, TARDIS