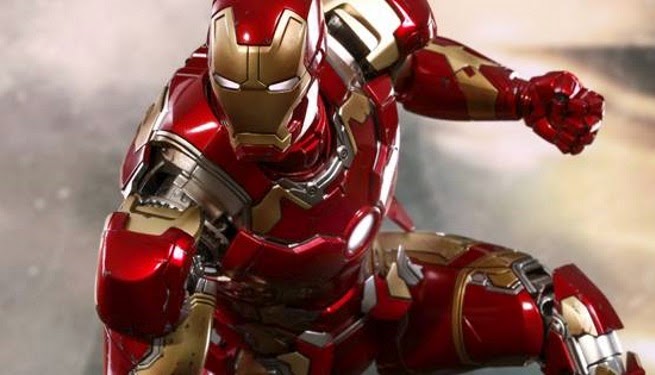 As everyone knows, Tony Stark's past is one full of darkness and misery. Loved by the US military, he used his genius talents for evil, creating deadly weapons and bombs to be used on innocent people, not caring who he hurt as long as he made lots of money. Tony Stark then turned his back on this, dedicating himself to truth and justice as Iron Man.

Age of Ultron turns this on its head: it is a film that celebrates this past, and forces the audience to agree that unethical military capitalism can be necessary.

The idea of characters having dark pasts and needing to move past their mistakes is a theme that runs throughout the movie, from Bruce Banner's murderous green monster side, to Black Widow's murderous Russian assassin side, and the twin's evil Ultron-helping side. These characters must stop wallowing in pity and find their true selves to rise up against Ultron and save the day.

At first, it looks like Tony Stark is in for the same journey. We are told of how it was Stark missiles that killed Quicksilver and the Scarlet Witch's parents. We also see Stark weapons in the stronghold of Ulysses Klaw. Don't forget of course, that Tony Stark is the man who built and unleashed Ultron onto the world - surely he has more guilt to shoulder than anyone else?

No he doesn't - for as the film triumphantly shows, Stark did nothing wrong!

Some people say that doing exactly the same thing twice and expecting different results is madness - but not Stark. His first attempt at creating a super powerful intelligent robot backfired, but Stark fixes this by creating another super powerful intelligent robot (the Vision). The success of the Vision proves that he is blameless for the destruction Ultron caused (and by extension, the destruction caused by his earlier weapons as well).

Remember that Ultron is a new creation. The film does not take place over a long period of time. By the final battle, Ultron is still only about two days old - literally a baby. The Vision is even younger than this.

Tony Stark solves the problem of the movie by embracing his deadly past and building more weapons (the Vision). He then sends a child soldier (the Vision) to murder a baby (Ultron). Obviously this is the right course of action in this situation, making the audience question their liberal beliefs in opposing unrestrained and 'unethical' warfare.

At the end of the movie Tony Stark has discarded his heroic persona, driving off into the sunset; presumably to begin building more deadly bombs and missiles, having realised that he was right all along. Remember - if everyone on the planet has a gun, Thanos can't win!
Posted by Tinfoil Fan Theories at 01:00