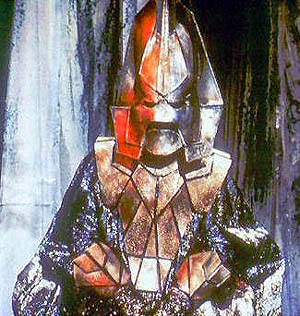 He's a pretty big deal in Doctor Who mythology. There are two key founders of Time Lord society: Rassilon, who got all the credit and became a big hero, and Omega. Omega was the man who invented time travel and who personally created the Eye of Harmony. In the process he was sucked into the black hole he created and imprisoned in a pocket universe where he gained god-like powers as well as a desire for revenge. Eventually in 'The Three Doctors', the Doctor discovers Omega and defeats him, destroying his universe.

Omega was not dead however, and returns in 'Arc of Infinity'. He tries to return to our universe by merging his bio-data with that of the Doctor, copying his fifth incarnation. The Doctor seemingly kills him and he is dead.

But can you kill a literal god? Omega is incredibly powerful and has escaped death more than once. His return in the Big Finish story 'Omega' certainly suggests that 'Arc of Infinity' was not the end of him. He's one of the iconic figures the new show has not yet touched (having been a villain for the 10th and 20th anniversaries) and his absence is puzzling... unless he has been there manipulating events all along.

What are Omega's motivations? He is trapped in his own universe, desiring a permanent return to ours. He is linked now to the Doctor, and desires revenge on both him and the Time Lords as a whole.

There's plenty of evidence to suggest that Omega is behind the Church of the Papal Mainframe/The Silence:


The show itself has been making more and more references to Omega. In 'The Rings of Akhaten', the Doctor talks of having visited "universes where the laws of physics were devised by the mind of a mad man", clearly a reference to Omega's first appearance. In Journey to the Centre of the TARDIS we see the Eye of Harmony itself, the power source of the Time Lords that Omega created. In Hide, we visit the remains of Omega's original pocket universe and Omega is notably absent. Remember Hide is set in 1974, and Omega's original pocket universe was destroyed in 1973. The dates can't be a coincidence.

If Omega isn't in his universe, where is he and where has he gone? What is his endgame? Omega is behind the cracks in time. When the TARDIS is destroyed in 'The Pandorica Opens', we see the crack and hear a scary voice proclaim "Silence will fall". This is the voice of Omega. There is also a mysterious sign in the grass outside Amy's house that looks like Omega's helmet from Arc of Infinity. We know from 'The Time of the Doctor' that the cracks lead into another universe where Gallifrey currently resides. The Doctor unwittingly sent Gallifrey into the domain of Omega. Everything that Omega has done: the actions of the Church, the attempts on his life, have been to mold him, to reshape who he is and push him into changing history and saving Gallifrey, throwing the planet into the clutches of Omega.

Can Time Lords really cheat death so easily and hand out rengeration cycles from a universe away? Maybe, maybe not. But a god could!

Omega has Gallifrey in his new pocket universe. Is it any wonder that the Master went mad after she escaped? The Doctor has the coordinates for Gallifrey in 'Death in Heaven', but when he arrives he sees only blackness... or could it be a black hole? Omega's black hole?

More shockingly, we've already met Omega in the new series. What did he look like when we saw him last? 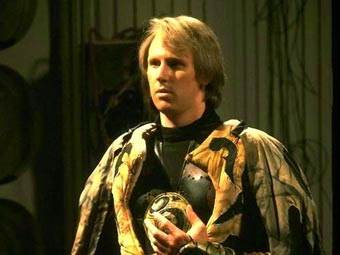 Does that face look familiar? It should! In 'Time Crash', the Doctor meets his fifth incarnation. Only... this Doctor looks far older than the fifth Doctor really was before he died. The story also hinges entirely on the tenth Doctor remembering the events, despite Day of the Doctor stating that in multi-Doctor meetups, the Doctor's earlier selves lose their memory. 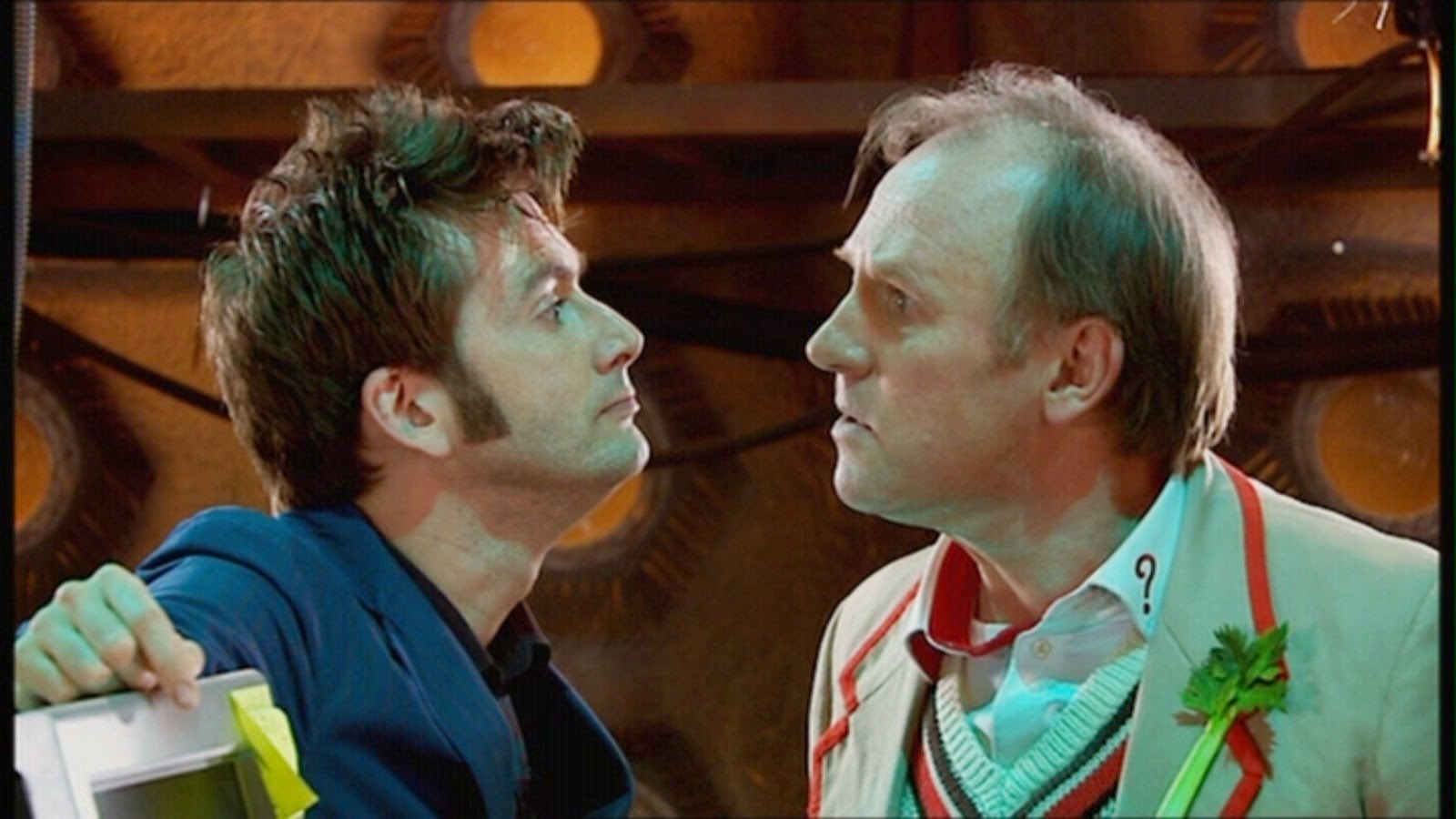 So the man the tenth Doctor meets can't be the Doctor. Who else do we know who looks like the fifth Doctor but is potentially older, having lived a longer time? Yes, that's right - Omega!

Apparently the TARDISes have merged, but we only see the tenth Doctor's TARDIS. This is because the 'fifth Doctor' is simply a projection of Omega, wanting to meet the Doctor and judge him before he puts his masterplan into operation. He uses his godlike powers to project fake memories of the solution to the imminently exploding TARDIS into the Doctor's mind (before later using that same exploding TARDIS plan to actually blow up the TARDIS in 'The Pandorica Opens'.)

Is it any coincidence that after Time Crash, when Omega is once more active in our universe, that every series finale revolves around the utter destruction of reality? Something or someone has weakened the bonds that hold the universe together.

He has manipulated the Doctor into saving Gallifrey, and has the Time Lords trapped in his dimension. He has let the Master escaped, driven mad, to torment the Doctor. Now all that remains is for Omega to strike the final blow by killing the Doctor and taking his place in our universe.

Email ThisBlogThis!Share to TwitterShare to FacebookShare to Pinterest
Labels: Doctor Who, Omega